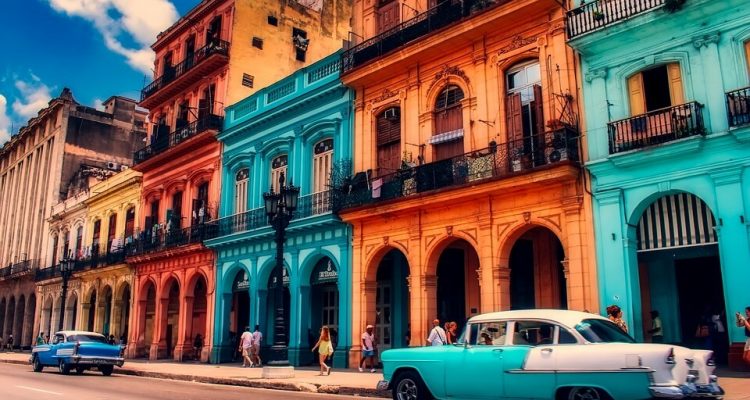 Throughout the centuries Havana has grown to become a compilation of many districts. Each neighborhood has a different history and feelings that offers the visitor a broad spectrum of different experiences. But, at the same time, makes them wonder where to stay in the city of Havana Cuba. Here, in Bed and Breakfast in Cuba, we’ll describe the most popular areas among the tourists.

Cuban culture is the best-preserved heritage on the island. And the capital, Havana, is the best example. The city reunites the essence of Cuban past and present, very much the same because of the isolation the country was submitted. But for travelers, this is part of the magic. 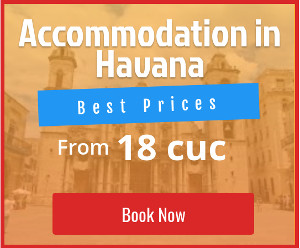 Since the very first moment in the island, the imagination of tourist goes back to past. With just a few modernities, everything you see comes back to the era that most countries left behind more than 50 years ago.

And people have very strong roots. They preserve their culture and don’t hesitate to show it to the visitor. No matter what, they are proud to be Cubans. They can say the country has one of the most interesting histories in the world. A history where pirates, European conquers, revolution, Catholicism, Santeria and much more converge.

Havana is a mix of all of that. Each corner of the city has something to say about a period in the history of Cuba. As any capital in the world, it is a bustling and crowded city. It attracts tourist from everywhere looking to know how Cubans live and what remains from the past, that in the island is a lot.

To understand the city of Havana Cuba is necessary to discover what is in every district. From Old Havana to Miramar, each one reveals a different aspect of the city and a different period of time.

Where to stay in the city of Havana Cuba

The city of Havana is one of the most beautiful in the world, so much that it received the name of Wonder City. Going from one end to the other in Havana doesn’t require too much time. In less than 1 hour it is possible to go around the Malecon. From there you can have access to the most important districts in the capital. Each of these zones is a piece of the puzzle that is Havana.

Havana can be divided into 4 areas of interest for tourism: Old Havana, Centro Havana, Vedado, and Miramar.

These are the four main districts, and no matter where you decide to stay, it’s worth to take time and visit all of them. If you don’t care to be surrounded all the time by tourists stay in Old Havana. But, if you prefer a quiet place and bigger space, go for Miramar.

There are a few good hotels in Havana, but to experience the real country, book at a casa particular.

In this city there are thousands of private houses for rent to tourists, so finding accommodation in Havana is not a big effort, prices range from 25 CUC per night per room up to 35 and 40 CUC, depending on the category of the private house.

Havana occupies an area of 728 km2 and has more than 2 million people. 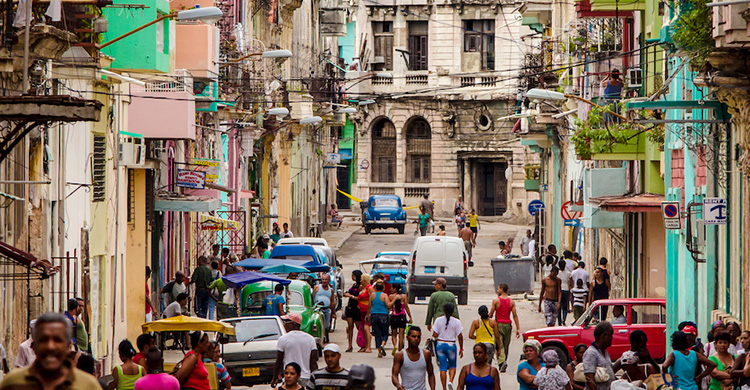 Old Havana is the oldest area of Havana and offers one of the best collections of historical urban buildings in America. It is the oldest, emblematic and most visited by tourists that come to the island because of its historical and cultural district is characterized by a set of squares and picturesque streets of colonial style.

In general, houses and apartments are older than in other areas of Havana, so it is recommended for lovers of tradition. Old Havana is ideal to visit during the day. But it also has a great nightlife. Its essence can be absorbed in the bars of Obispo Street and Plaza Vieja.

There are cobblestone street, music coming from the buildings, old American cars and a bunch of touristic restaurants. There are Cubans living in this area, but most of the people you’ll see on the streets are foreign.

It is an interesting place to stay if you don’t worry about the narrow, bustling and loud streets all day. An advantage is that the rooms are cheaper than in other districts and you’ll be very close to places of interest.

Among the places tourist should look for are the remaining of the wall built by African slave to protect the city from pirates in the colonial days. The best sections are close to the main train station at the south of Old Havana.

Centro Havana is located between Old Havana and Vedado, where the city shows similar architectural styles to Old Havana. There are buildings of great architectural value as the Hotel Inglaterra, Hotel Sevilla or the majestic building of the Spanish Embassy.

Among the main attractions of Centro Habana are El Malecón, the House of Music, Hamel Alley, The Capitol, Snuff Factory, Paseo del Prado, Grand Theatre and numerous museums worth knowing.

Centro Habana is an ideal accommodation area. It is privileged by its location making it a perfect accommodation for young people and students who want to move around the city without having to make expenditures on transportation or taxis. Following one direction people can get to Old Havana walking in a few minutes, to the other side, they have Vedado.

While Old Havana has always been the main attraction for tourists, Havana Center has been a little behind. It’s a middle-class neighborhood where is easier to mix with locals and their daily lives. For many visitors, this is the authentic Havana.

There are a lot of churches and commercial areas. Two of the best restaurants in Havana are also here: La Guarida and San Cristobal.

Another place you can visit is China Town, located behind the Capitolio. This area has some great options to eat in Centro Havana.

Vedado is the liveliest area of Havana. During the afternoon and evening, the Malecon reaches maximum concentration of young people who gather to talk, sing and share.

Vedado is a quiet place, safe for staying near Havana itself and with many possibilities to eat well, dance and sleep peaceably and within walking distance to Havana Vieja and Centro Habana. Private houses are very comfortable, spacious and luxurious.

This is a more modern district than the previous two. For some tourist, this is the best area to stay in Havana. It is very easy to go from here to the other districts. And, while you are in Vedado you’ll have lot restaurants, bars and music venues to visit. Also, is a good place to get to know locals.

For travelers that are looking for a quiet place to stay, Vedado is a great option. Some of the places worth visiting in this area are La Rampla, Copelia Ice Cream Shop, Lennon Park, Hotel Nacional -one of the best hotels in Cuba-.

The Colon Cemetery, Parque Almendaresm and Havana Zoo are also in Vedado. Visitors can find some of the best paladares in Havana in this district.

Miramar is located further west of the city. Divided by the Almendares River, is an area of residential streets and housing. The elegant Miramar is a wooded area of wide avenues where many foreign embassies are based. Some of the best restaurants, discos and clubs are located in this area.

Private houses are very luxurious and it is an ideal solution for tourist accommodation area seeking quiet and exclusive accommodation, even if they are somewhat more expensive.

Miramar is the most desirable residential zone in Havana. Here is where are located the Iglesia de Jesús, Tropicana Cabaret and Karl Marx Theatre, among other attractions that include great paladares.

If you are looking to rent a mansion or a luxurious room, in a very quiet area, this is the one you must go for.

Other districts to visit in Havana

Those were the most popular district in Havana, but there are even more. For example, Playas del Este located 30 minutes east of Havana.

Casablanca and Regla are across the bay and a ferry rides every twenty minutes shuttling locals back and forth.

Another district we have to mention is Jaimanitas. If you have heard about Fusterlandia, this is where you will find it. Fusterlandia is a street art project created by José Fuster. The project began at his home and extended through the entire neighborhood.

Now that you know the district would be easier to choose where to stay in the city of Havana Cuba. Have you stayed in Havana before? Tell us which one is your favorite.

Where to stay in cuba, Why you should stay in a casa particular
Casas Particulares gay-friendly in Havana 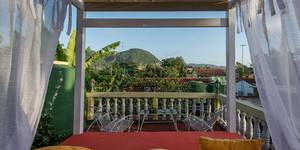 Where to stay in cuba, Why you should stay in a casa particular 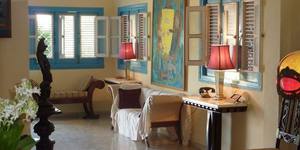 Tips to book at the best Casa Particular