Booking in casas particulars in Ciego de Avila will certainly improve your experience in Cuba. This is one of the cities with faster touristic development. The province of the same name seduces the travelers with pristine beaches and a modern image that mix with the colonial heritage. Get to know more about this wonderful place in Bed and Breakfast in Cuba.

A brief tour of the history of Ciego de Avila

Ciego de Avila is a province located at Cuba´s center, in the South East of Havana. The capital, a small and modern city has the same name.

Since 2010 the city has experienced a huge growth. The population went from 104,850 inhabitants in 2010 to 152.383 in 2015. The tourism industry and hotel infrastructure are two of the pillars of that increase. Travelers find in the city and the province in general one of the most interesting places on the island.

The city of Ciego de Avila was founded in 1840. Livestock and agriculture were the main economic activities until sugarcane cultivation began in the XIX century. The military presence was also relevant during the colonial times and after them. But the modern times and the commissioning of the railroad made it an important economic center.

That is how the city became the largest grower of pineapples in Cuba. Also, sugarcane processing became one of the most important in the island.

The province offers some of the best-protected submarine ecosystems in the world. In the north limits with the Atlantic Ocean, and with the Caribbean Sea at South. Some famous keys attract travelers to its beaches. From here is easy to access to Jardines del Rey (Gardens of the King).

But the biggest reward is being able to see the second largest coral barrier in the world. It’s an excellent location to do water sport such as scuba-diving and snorkeling. This is definitely a good reason to travel to Ciego de Avila on your next visit to Cuba.

Besides, there are very interesting things to do in Ciego de Avila while you are in the city. The historical center still preserves much of the colonial architecture. This creates contrast with the rest of the city which has a more modern appearance.

The avileños call it “Ciudad de porches” (city of porches) making reference to the structure of the colonial houses that are located in the historic center.

Among the places of interest of the city are the Catedral de San Eugenio de Palma, the main church in the town. The construction was finished in 1952 and it has a modern structure. The Teatro Principal is also a must see in Ciego de Avila. This theater is considered one of the best in Cuba.

Arriving at Jose Marti Park is very easy because all the roads lead to this place. Once there visitors can enjoy the view of City Hall and the church. Another park to have in mind is Parque de la Ciudad with attractions that include an artificial lake with boating available.

Do you want to visit Ciego de Avila? Contact us to book your accommodation in the city. 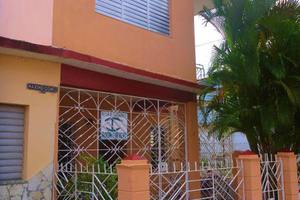 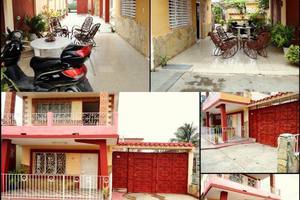 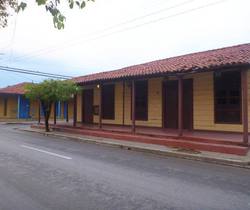 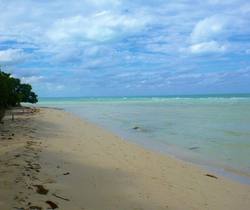 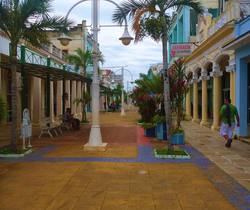 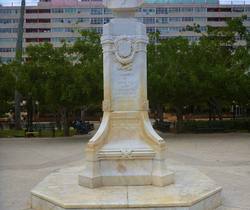